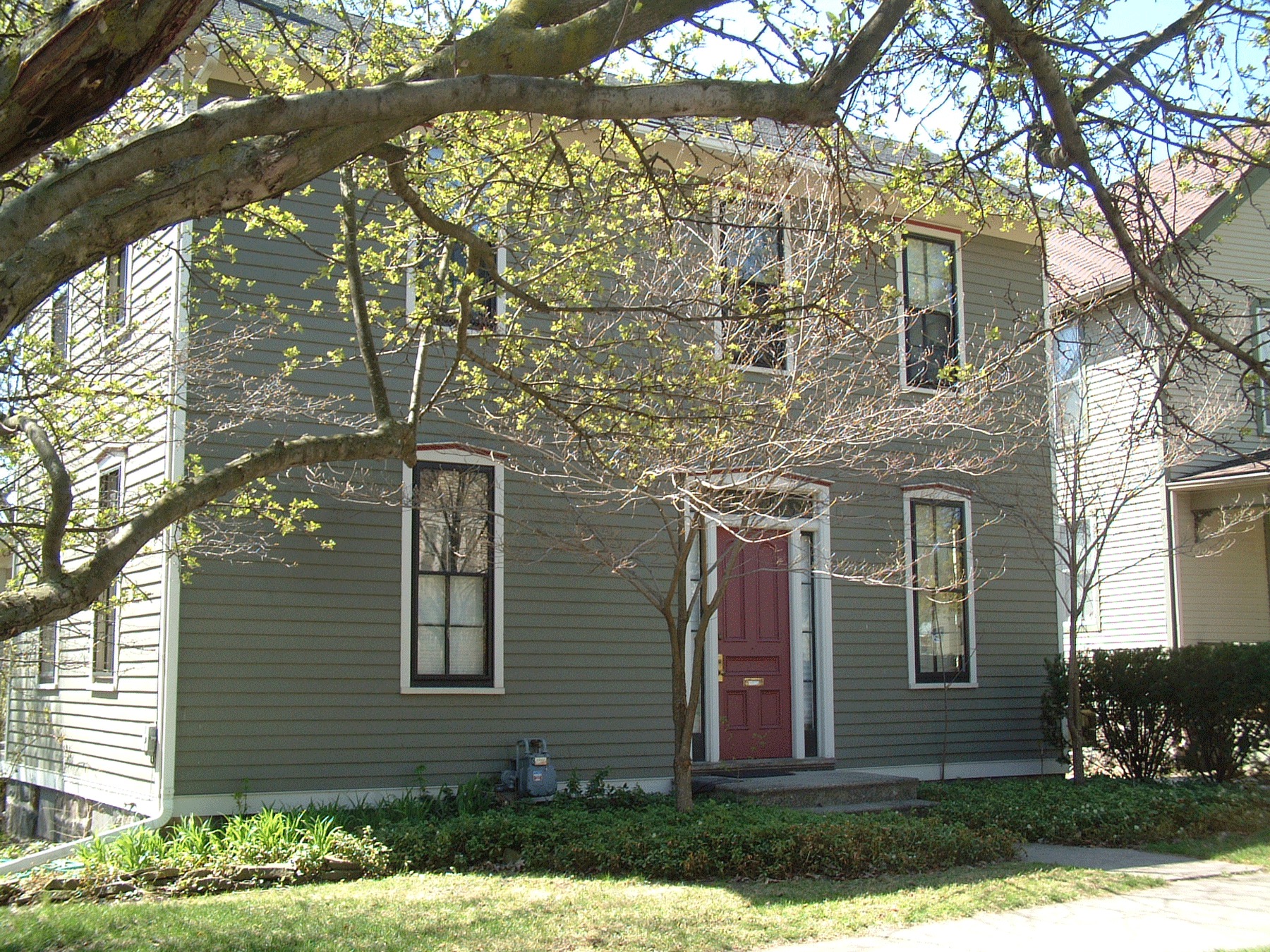 John and Andrew Jackson wasted no time in purchasing this lot from William S. Maynard after he platted the land and added it to the City of Ann Arbor in 1846. It is likely they built the Liberty Street portion of this house sometime in the fall of 1847, for, when they sold the property eight years later in 1855, they tripled their money.

The south wing, which appears on the 1866 "birds-eye" view was probably added by laborer John M. Weitbrecht, who purchased the property in 1862. The Weitbrecht family occupied this corner until the turn of the century. The estate sold the property to John and Lydia Kuehnle (she may have been Weitbrecht's daughter) for $1400 in 1898 and it remained a single family house throughout the 20th century. By the 1930s it also had a commercial use. The rear portion facing Fourth Street housed the Lunsford Bakery, famous for its cinnamon rolls, from 1935 to 1970.

The main part of the house, which is clapboard, is the New England folk form known as an "I" house: two stories high, two rooms wide, one room deep, with a central hallway. The fieldstone foundation of this portion is much lower than the brick foundation of the south wing, where the land slopes away from the house. This rear section also has a central entry, but is only one story high. The four-over-four windows in the wing appear to be original as does the glass.

William and Susan Johnson, the present owners, restored the exterior by removing the asphalt siding and corrugated canopy that had hidden the classical front doorway and original clapboards. Today the Johnsons are extending the south wing and the house remains a fine example of the vernacular type of house built in the Old West Side up to the Civil War.