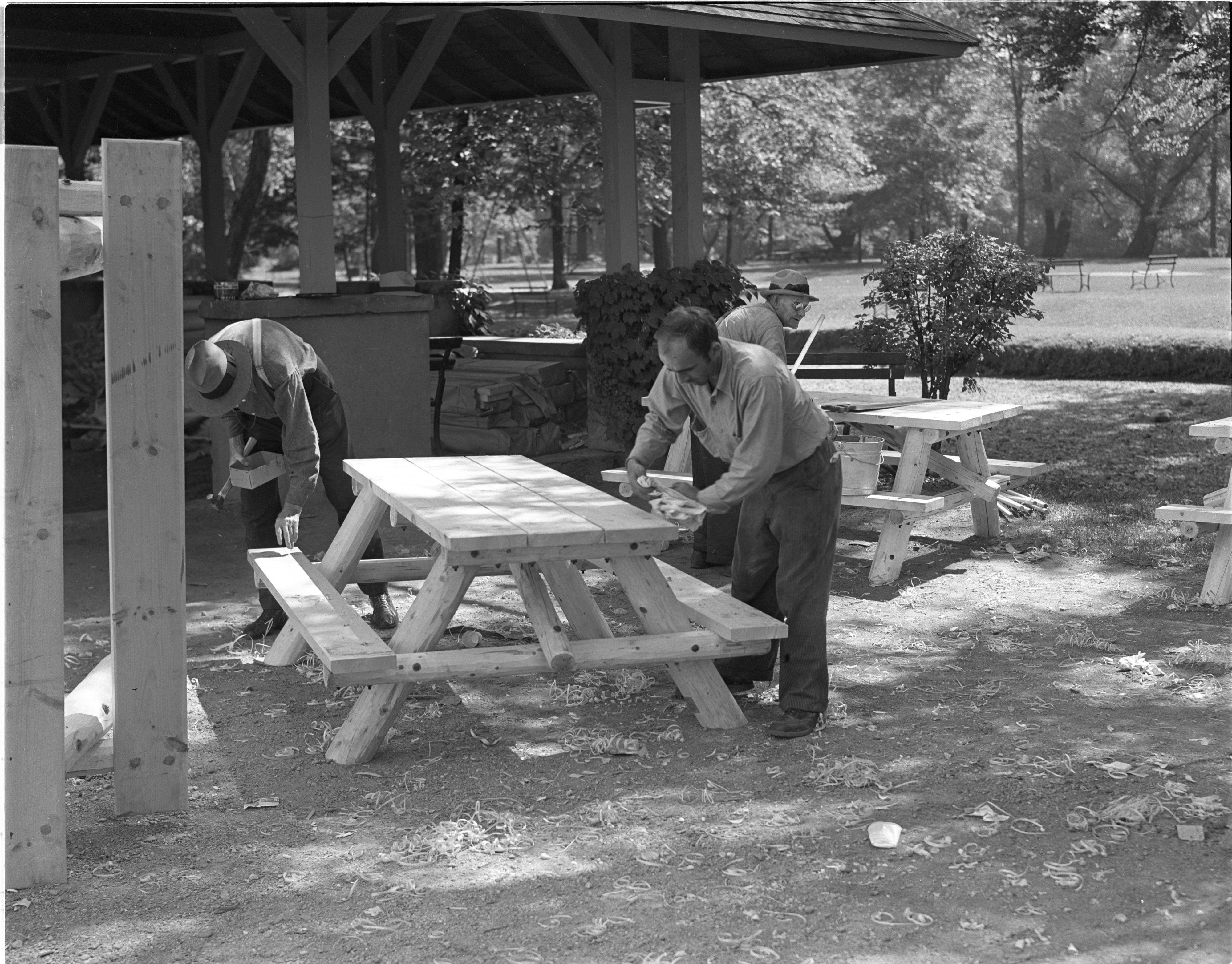 Published In
Ann Arbor News, August 12, 1939
Caption
PICNIC SEASON: Employes of the city park department are pictured at Island Park assembling picnic tables which will be placed at popular picnic spots in the city. Thirty of these tables, most of which will be placed in Island park and vicinity, are being added to the park department equipment.
Copyright
Copyright Protected 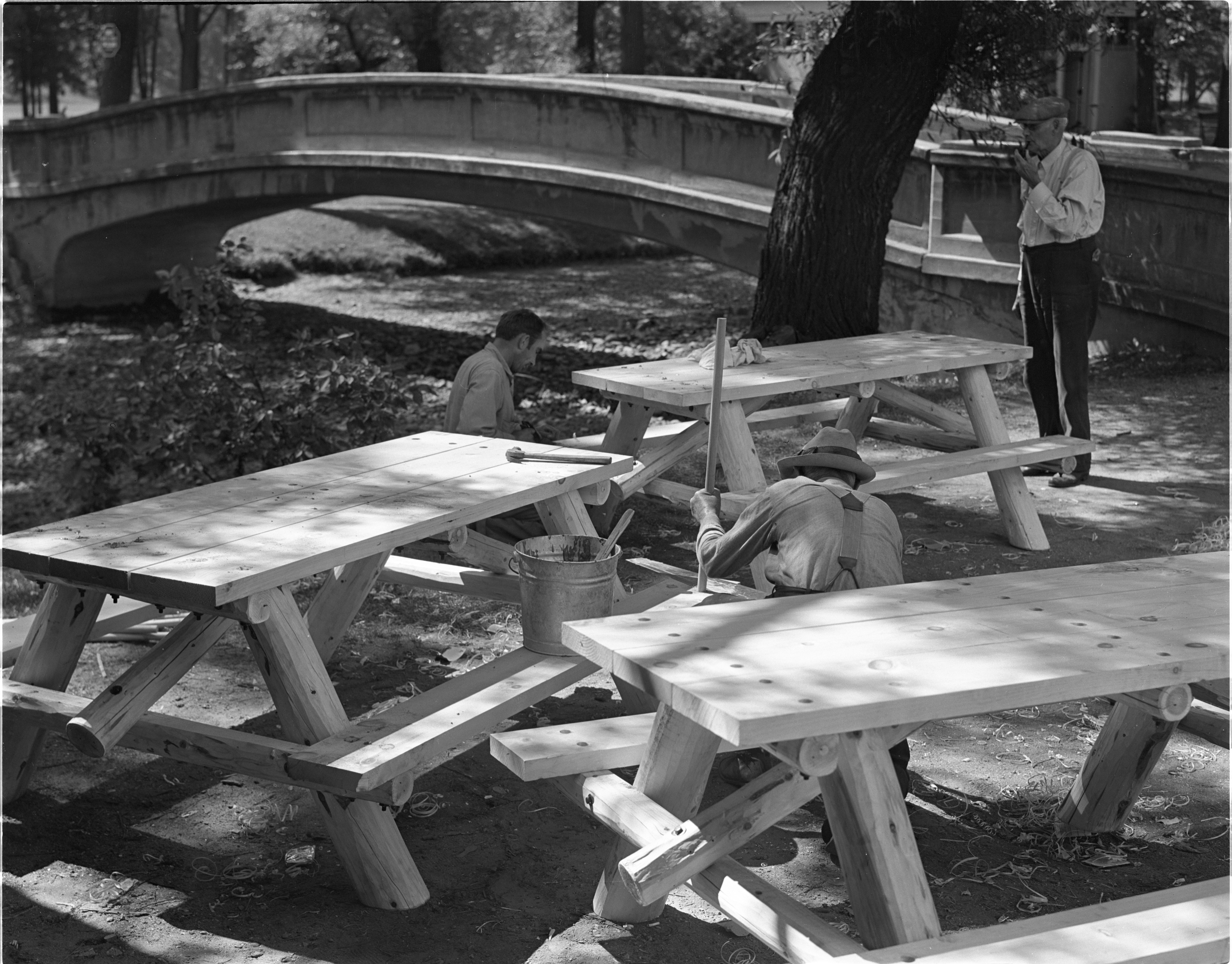 Authorization To Proceed Given Greenways Project 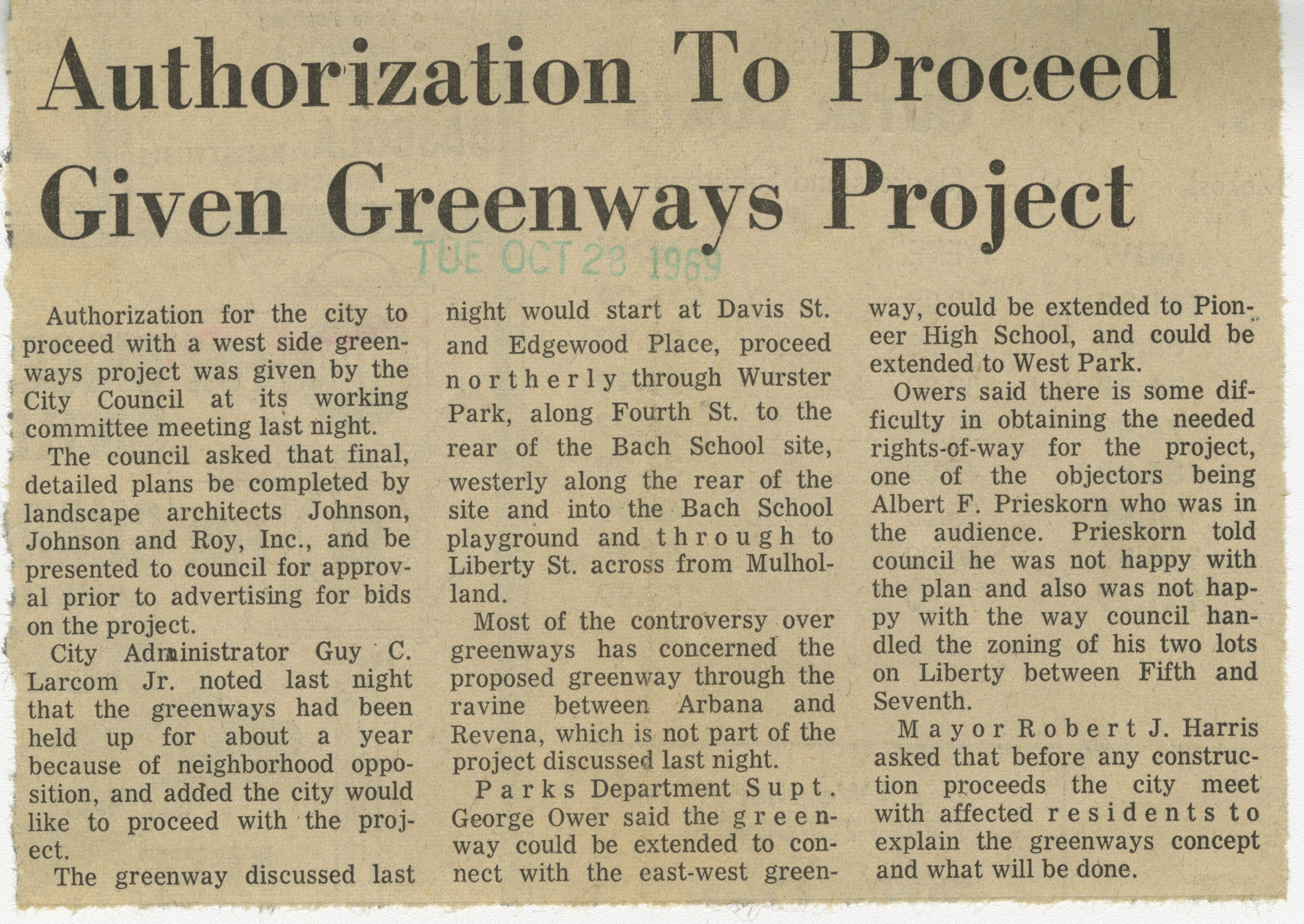 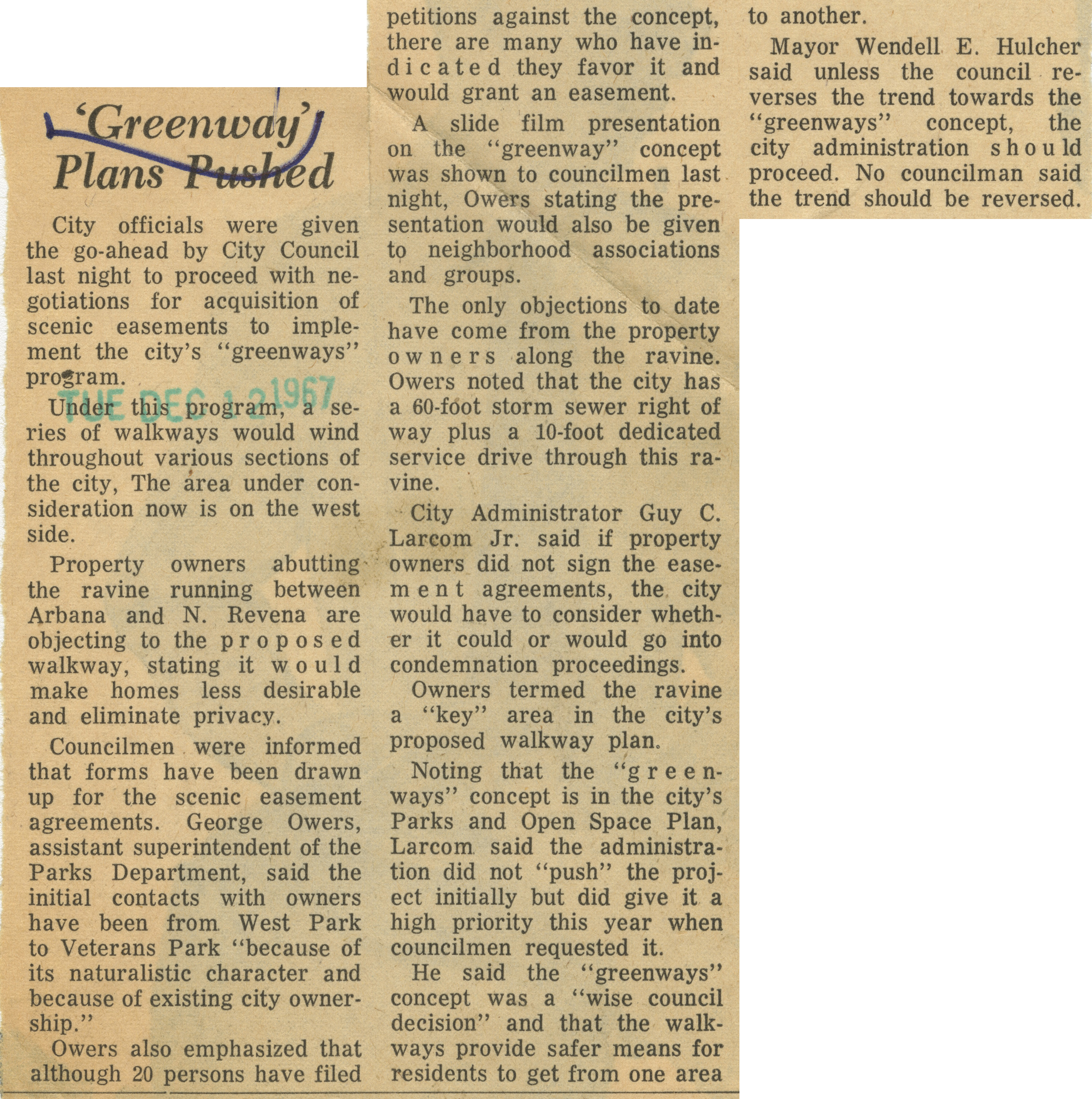 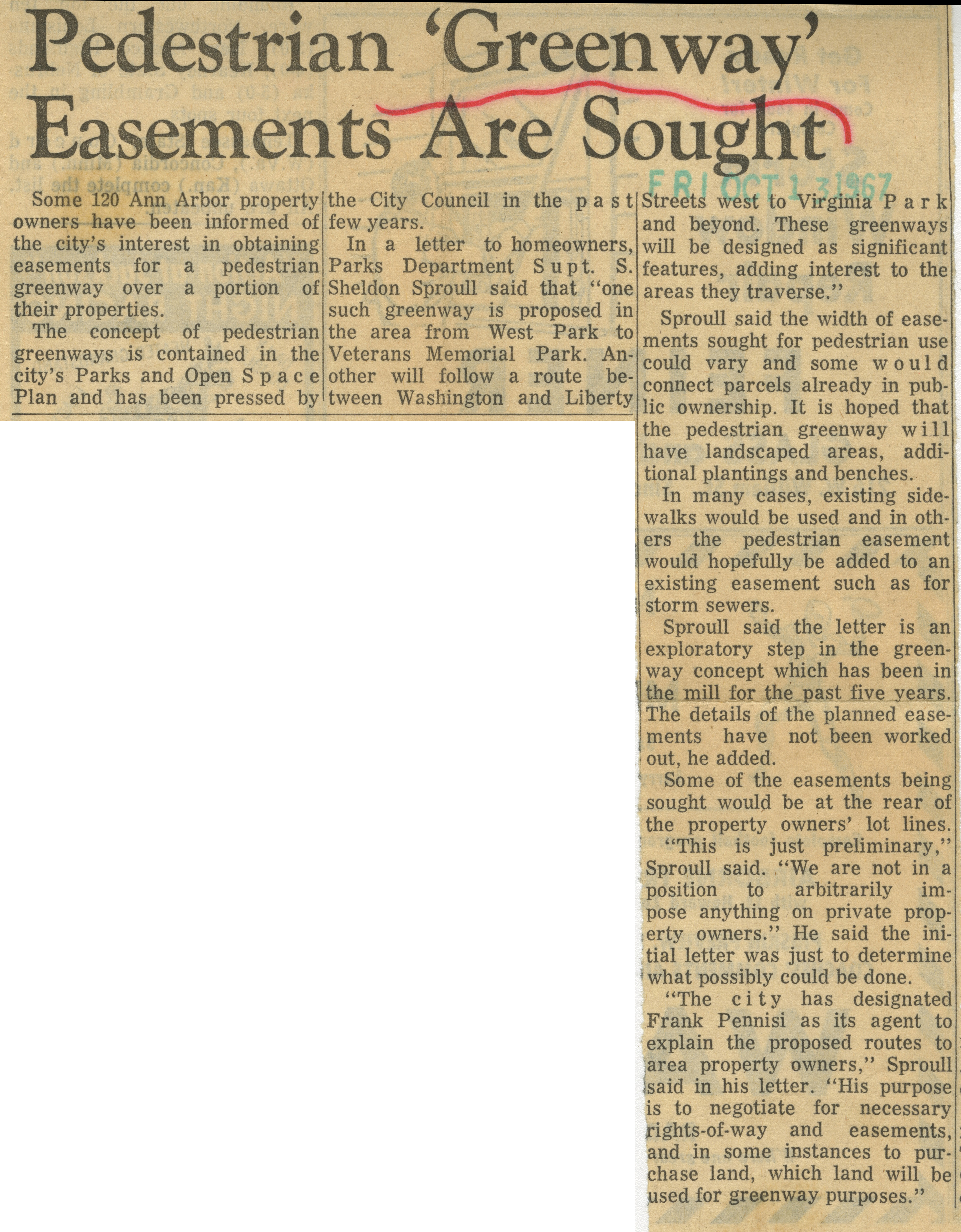 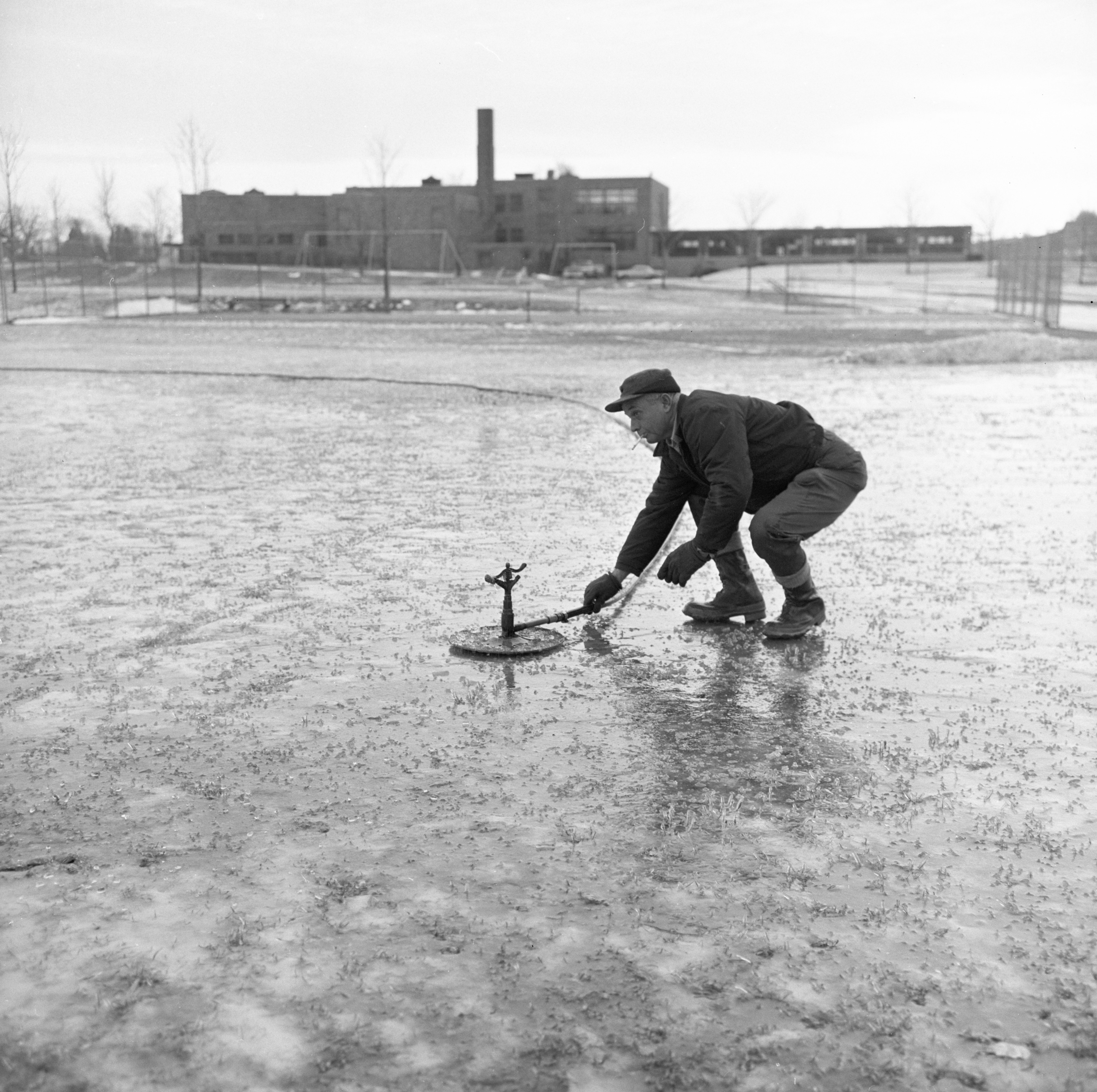 Published In
Ann Arbor News, December 28, 1965
Caption
Work was under way this morning at six locations as the city attempts to provide ice skating facilities at six major parks. City employe Stanley Ehnis, 195 Barton Dr., is shown working on the ice base at Northside Park. Similar preparations were under way at Veterans Memorial, Community, West, Allmendinger and Burns Parks. The Parks Department said skating would be available this weekend "if the weather cooperates." After the ice base is established, water will be sprinkled to smooth out the surface. Much of the work is done at night.
Copyright
Copyright Protected 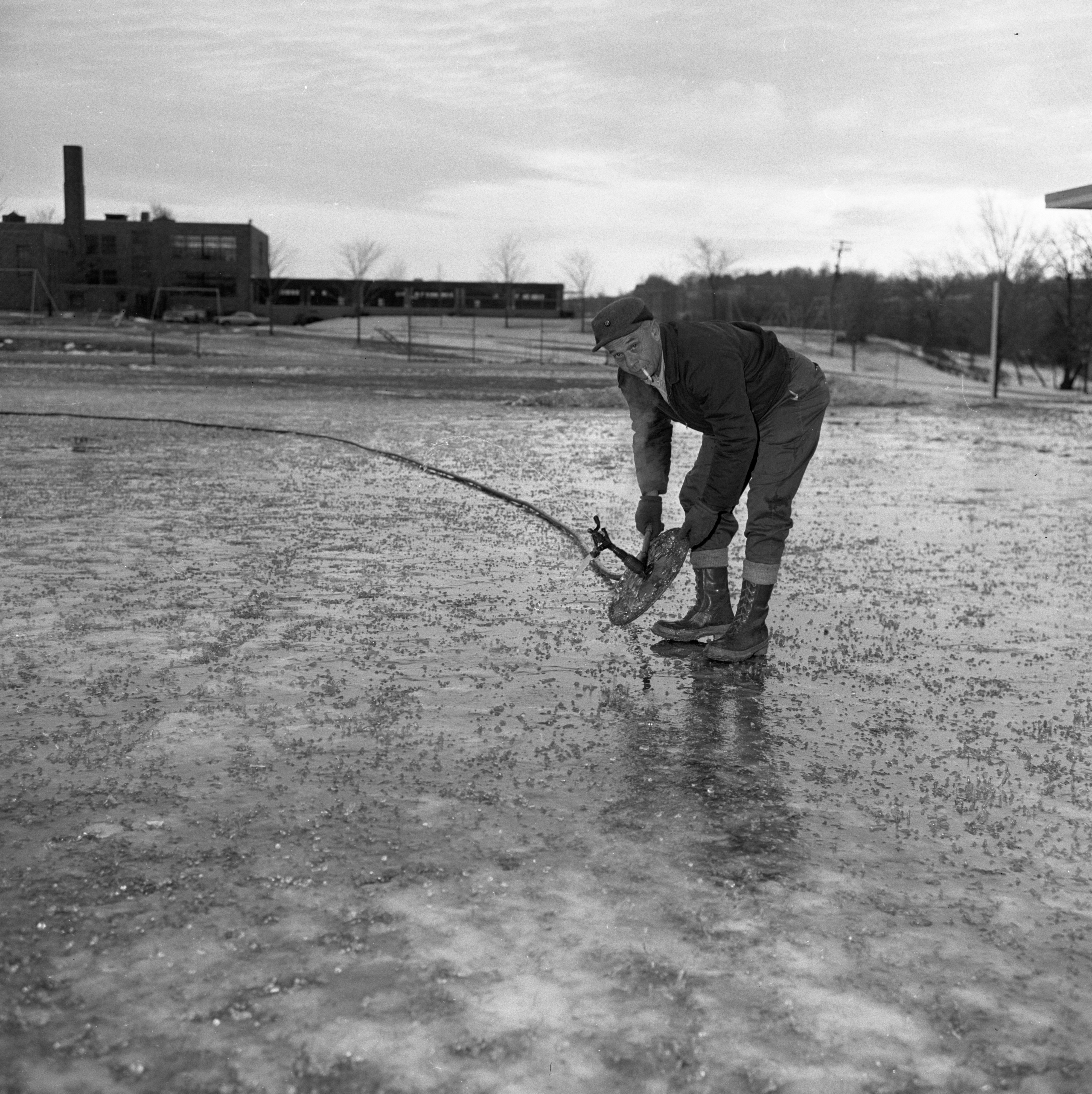 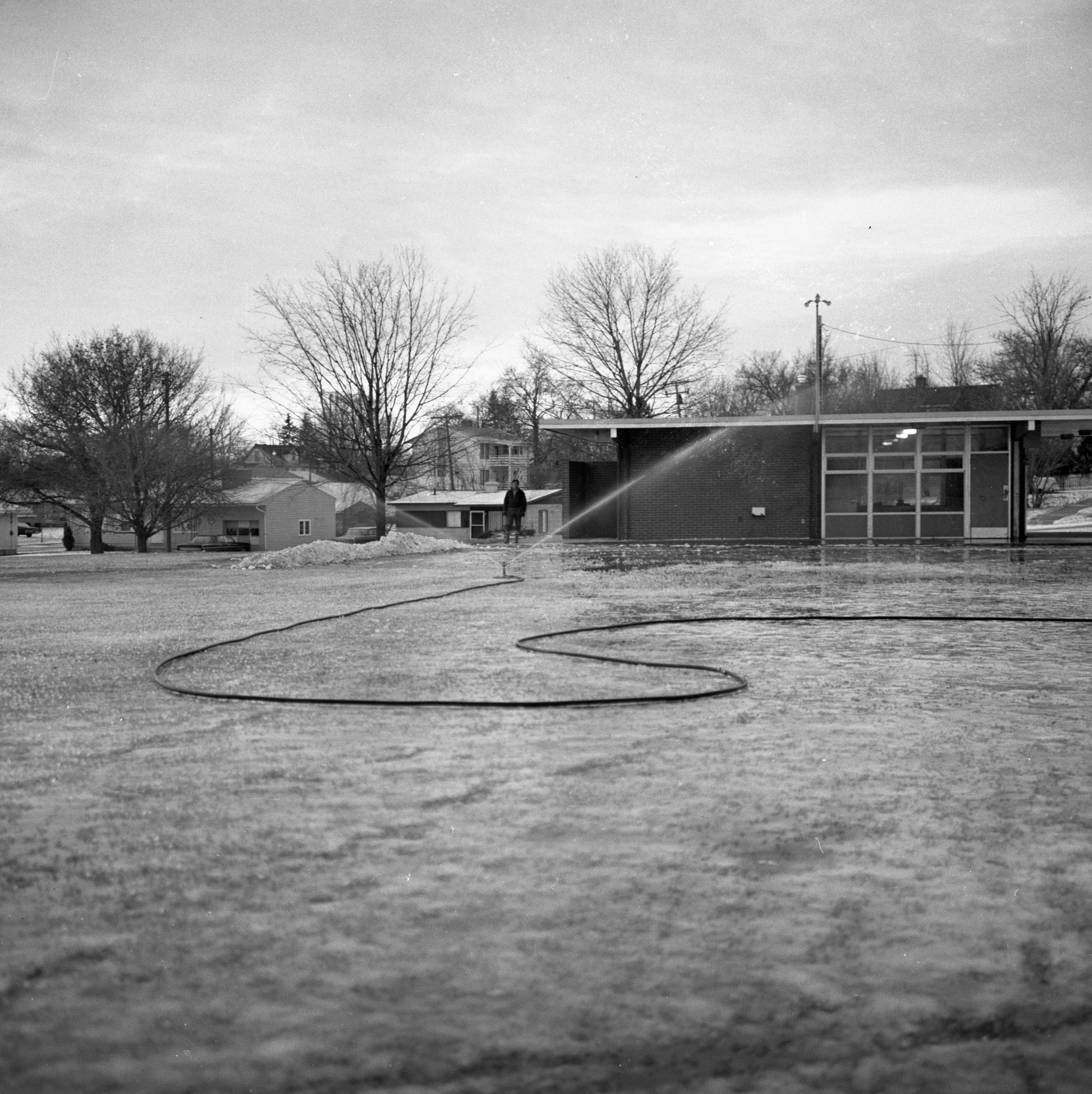