John Burton, One of the First African American Mayors in Michigan 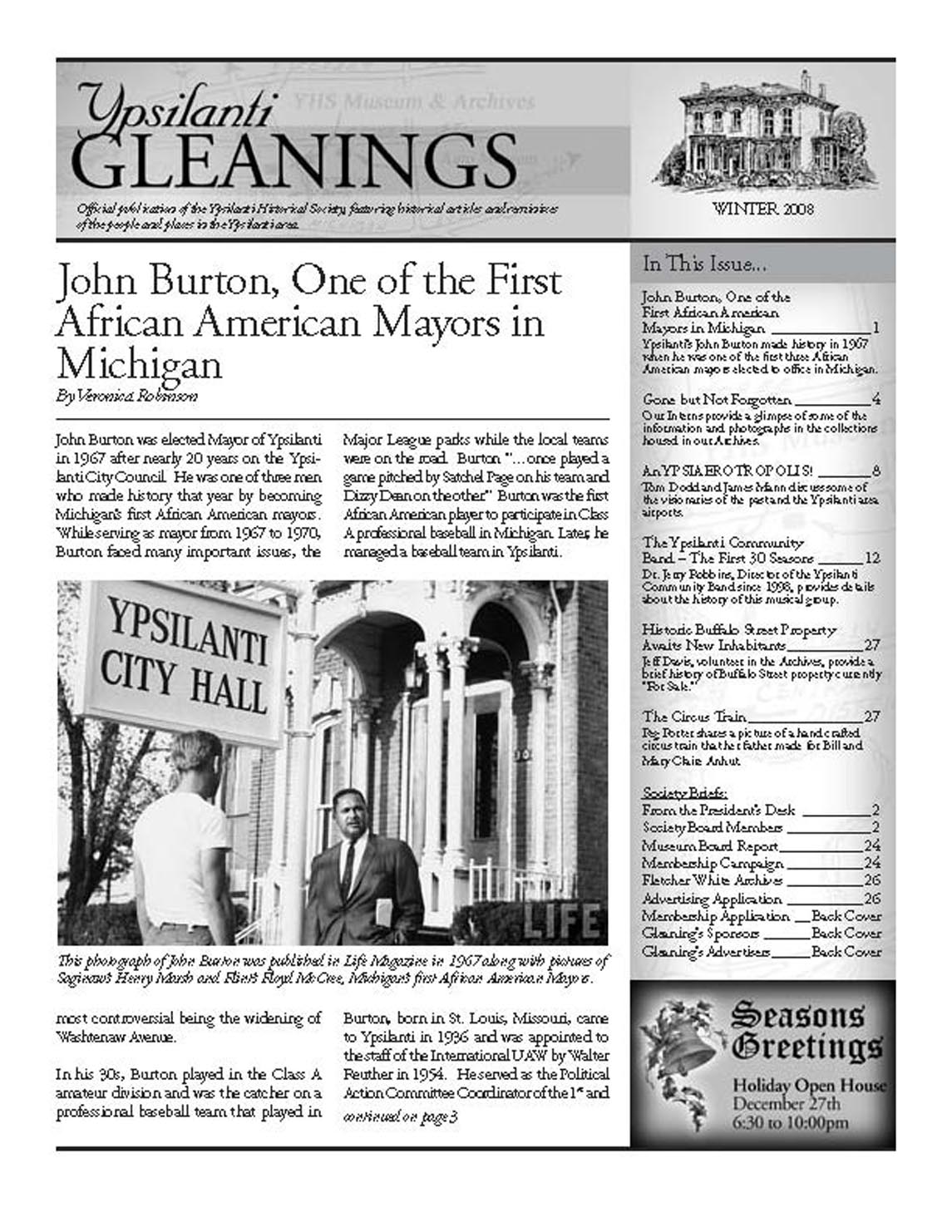 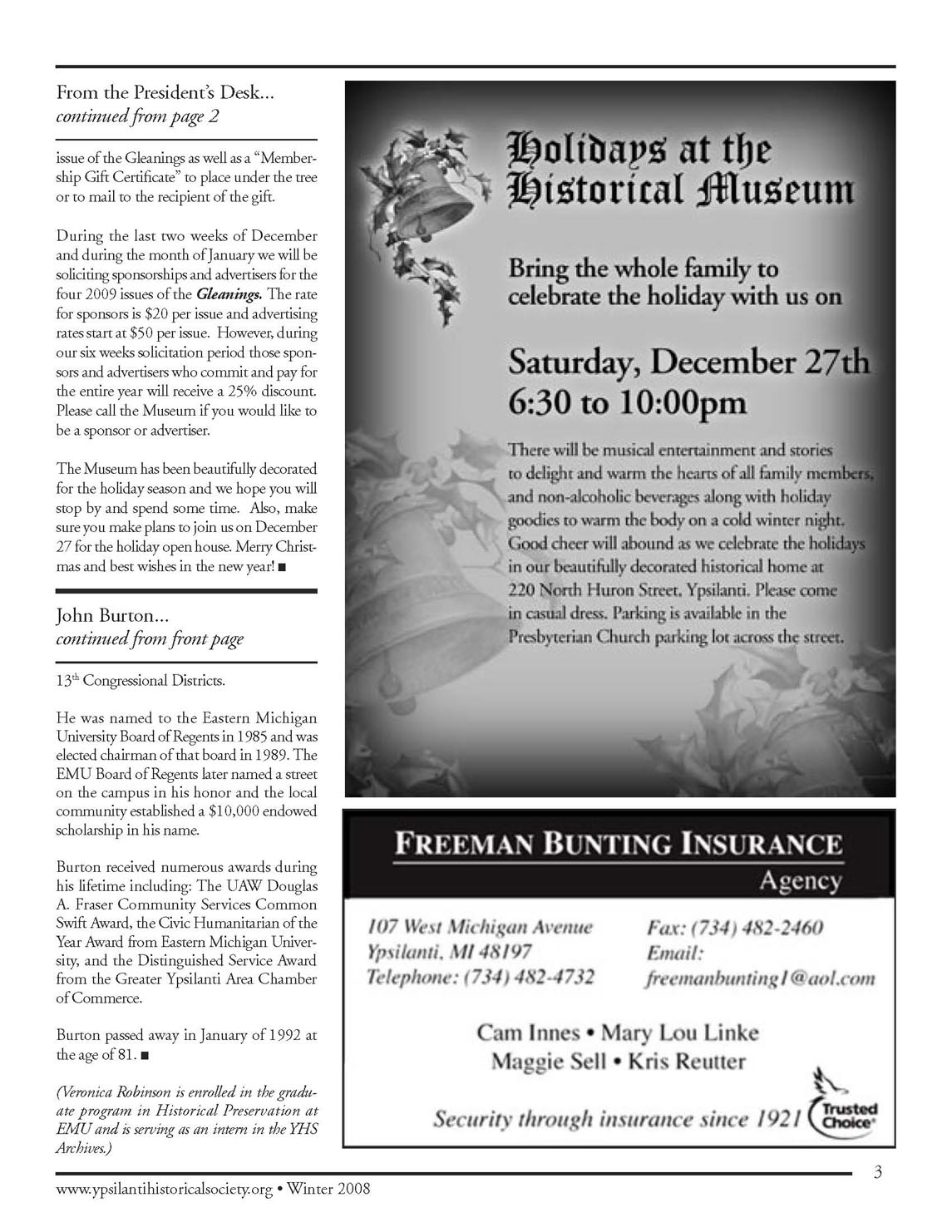 John Burton was elected Mayor of Ypsilanti in 1967 after nearly 20 years on the Ypsilanti City Council. He was one of three men who made history that year by becoming Michigan’s first African American mayors. While serving as mayor from 1967 to 1970, Burton faced many important issues, the most controversial being the widening of Washtenaw Avenue.

In his 30s, Burton played in the Class A amateur division and was the catcher on a professional baseball team that played in Major League parks while the local teams were on the road. Burton “…once played a game pitched by Satchel Page on his team and Dizzy Dean on the other.” Burton was the first African American player to participate in Class A professional baseball in Michigan. Later, he managed a baseball team in Ypsilanti.

Burton, born in St. Louis, Missouri, came to Ypsilanti in 1936 and was appointed to the staff of the International UAW by Walter Reuther in 1954. He served as the Political Action Committee Coordinator of the 1st and 13th Congressional Districts.

He was named to the Eastern Michigan University Board of Regents in 1985 and was elected chairman of that board in 1989. The EMU Board of Regents later named a street on the campus in his honor and the local community established a $10,000 endowed scholarship in his name.

Burton received numerous awards during his lifetime including: The UAW Douglas A. Fraser Community Services Common Swift Award, the Civic Humanitarian of the Year Award from Eastern Michigan University, and the Distinguished Service Award from the Greater Ypsilanti Area Chamber of Commerce.

(Veronica Robinson is enrolled in the graduate program in Historical Preservation at EMU and is serving as an intern in the YHS Archives.)

Photo 1: This photograph of John Burton was published in Life Magazine in 1967 along with pictures of Saginaw’s Henry Marsh and Flint’s Floyd McCree, Michigan’s first African American Mayors.