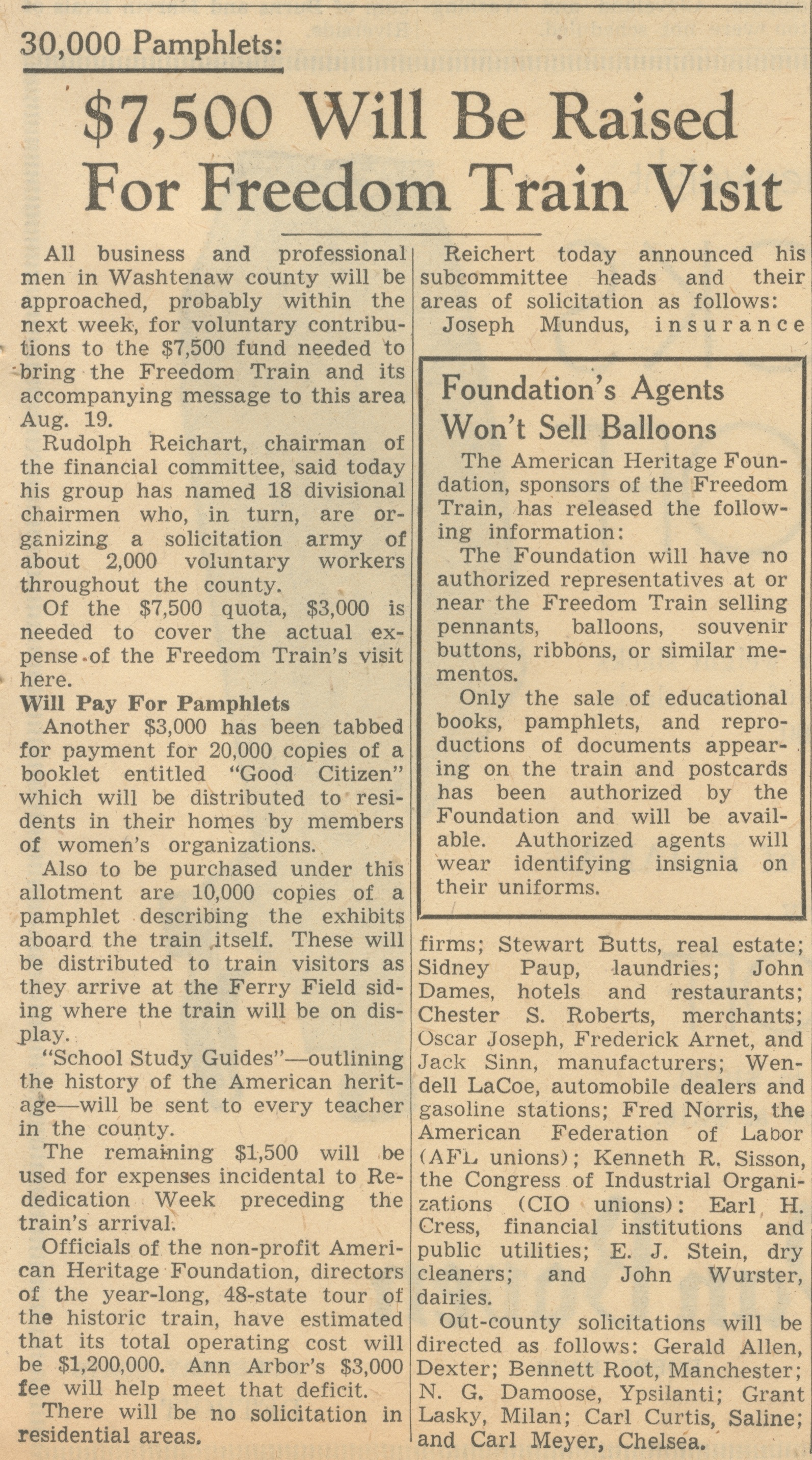 $7,500 Will Be Raised For Freedom Train Visit

All business and professional men in Washtenaw county will be approached, probably within the next week, for voluntary contributions to the $7,500 fund needed to bring the Freedom Train and its accompanying message to this area Aug. 19.

Rudolph Reichart, chairman of the financial committee, said today his group has named 18 divisional chairmen who, in turn, are organizing a solicitation army of about 2,000 voluntary workers throughout the county.

Will Pay For Pamphlets

Another $3,000 has been tabbed for payment for 20,000 copies of a booklet entitled “Good Citizen” which will be distributed to residents in their homes by members of women's organizations.

Also to be purchased under this allotment are 10,000 copies of a pamphlet describing the exhibits aboard the train itself. These will be distributed to train visitors as they arrive at the Ferry Field siding where the train will be on display.

"School Study Guides”—outlining the history of the American heritage—will be sent to every teacher in the county.

The remaining $1,500 will be used for expenses incidental to Rededication Week preceding the train's arrival.

Officials of the non-profit American Heritage Foundation, directors of the year-long, 48-state tour of the historic train, have estimated that its total operating cost will be $1,200,000. Ann Arbor’s $3,000 fee will help meet that deficit.

There will be no solicitation in residential areas.

The American Heritage Foundation, sponsors of the Freedom Train, has released the following information:

The Foundation will have no authorized representatives at or near the Freedom Train selling pennants, balloons, souvenir buttons, ribbons, or similar mementos.

Only the sale of educational books, pamphlets, and reproductions of documents appearing on the train and postcards has been authorized by the Foundation and will be available. Authorized agents will wear identifying insignia on their uniforms.