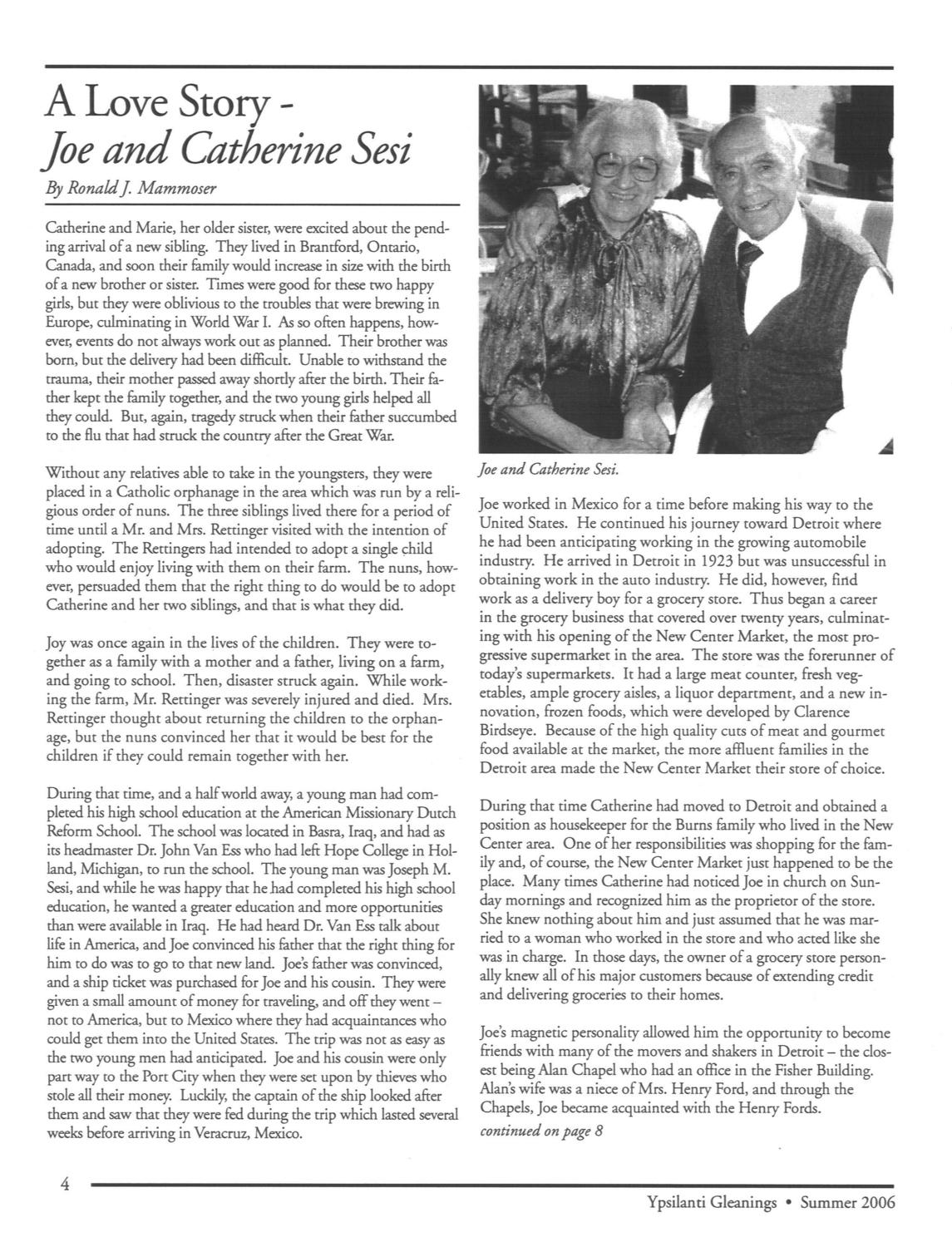 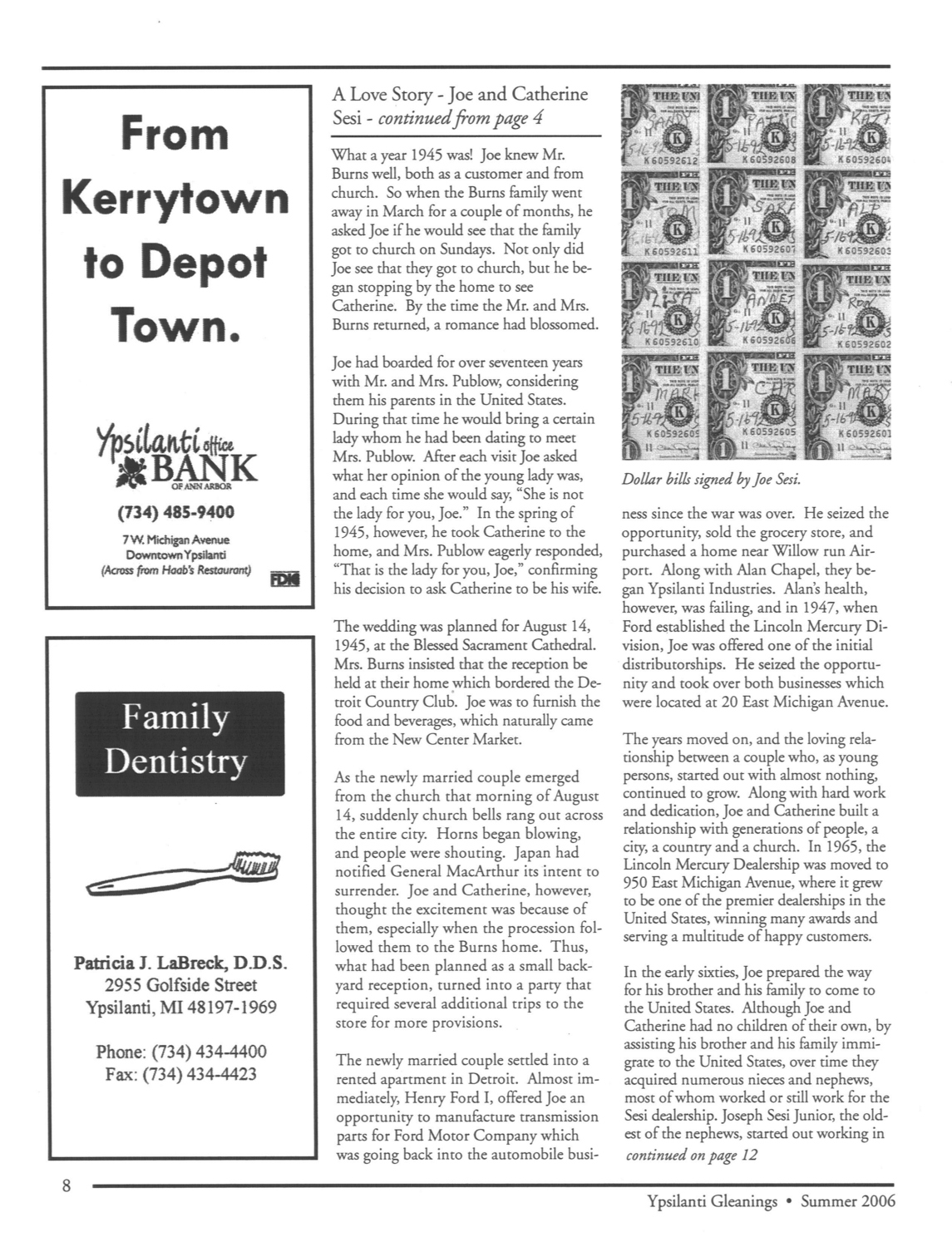 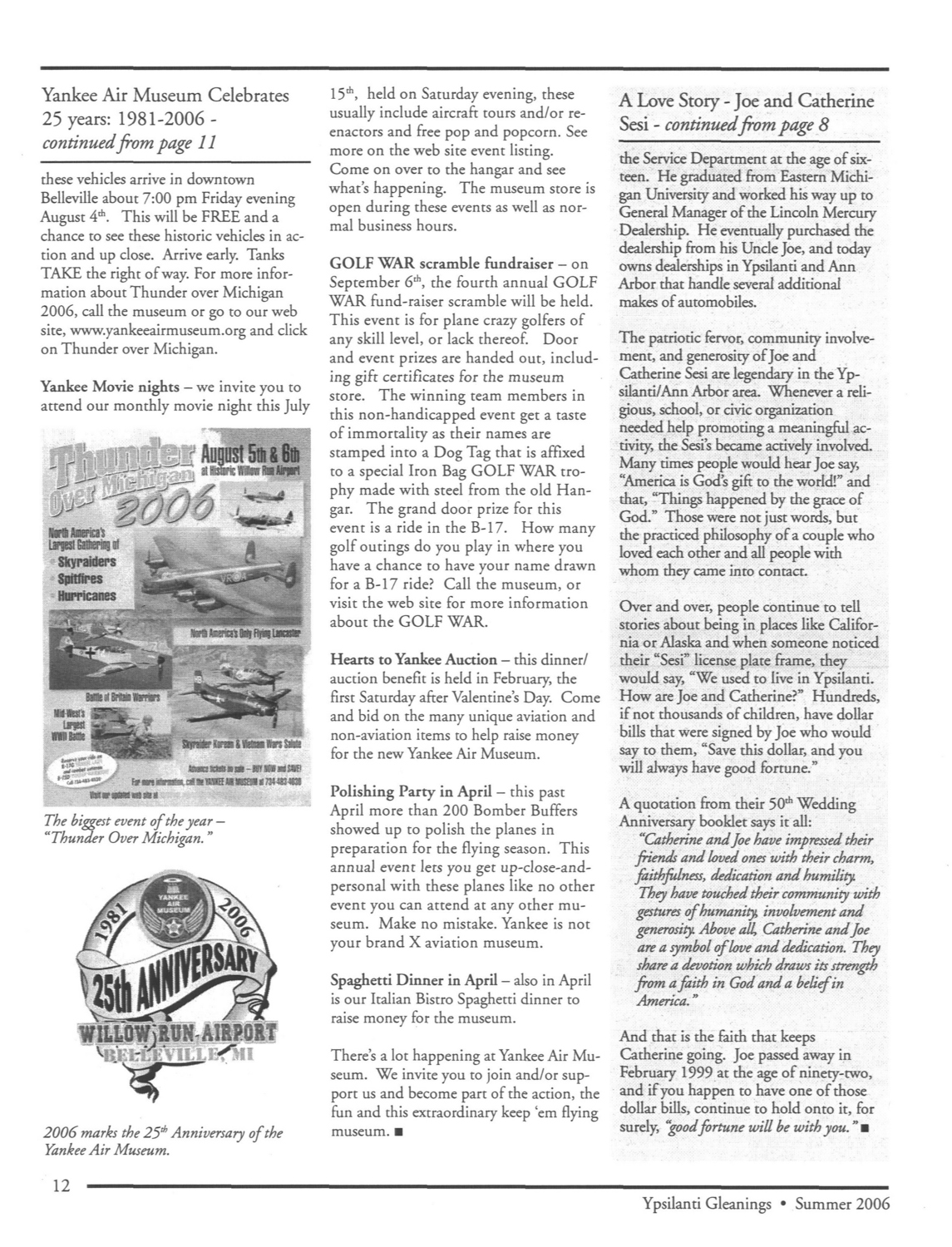 Catherine and Marie, her older sister, were excited about the pending arrival of a new sibling. They lived in Brantford, Ontario, Canada, and soon their family would increase in size with the birth of a new brother or sister. Times were good for these two happy girls, but they were oblivious to the troubles that were brewing in Europe, culminating in World War I. As so often happens, however, events do not always work out as planned. Their brother was born, but the delivery had been difficult. Unable to withstand the trauma, their mother passed away shortly after the birth. Their father kept the family together, and the two young girls helped all they could. But, again, tragedy struck when their father succumbed to the flu that had struck the country after the Great War.

Without any relatives able to take in the youngsters, they were placed in a Catholic orphanage in the area which was run by a religious order of nuns. The three siblings lived there for a period of time until a Mr. and Mrs. Rettinger visited with the intention of adopting. The Rettingers had intended to adopt a single child who would enjoy living with them on their farm. The nuns, however, persuaded them that the right thing to do would be to adopt Catherine and two siblings, and that is what they did.

Joy was once again in the lives of the children. They were together as a family with a mother and a father, living on a farm, and going to school. Then, disaster struck again. While working the farm, Mr. Rettinger was severely injured and died. Mrs. Rettinger thought about returning the children to the orphanage, but the nuns convinced her that it would be best for the children if they could remain together with her.

During that time, and a half world away, a young man had completed his high school education at the American Missionary Dutch Reform School. The school was located in Basra, Iraq, and had as its headmaster Dr. John Van Ess who had left Hope College in Holland, Michigan, to run the school. The young man was Joseph M. Sesi, and while he was happy that he had completed his high school education, he wanted a greater education and more opportunities than were available in Iraq. He had heard Dr. Van Ess talk about life in America, and Joe convinced his father that the right thing for him to do was to go to that new land. Joe's father was convinced, and a ship ticket was purchased for Joe and his cousin. They were given a small amount of money for traveling, and off they went — not to America, but to Mexico where they had acquaintances who could get them into the United States. The trip was not as easy as the two young men had anticipated. Joe and his cousin were only part way to the Port City when they were set upon by thieves who stole all their money. Luckily, the captain of the ship looked after them and saw that they were fed during the trip which lasted several weeks before arriving in Veracruz, Mexico.

Joe worked in Mexico for a time before making his way to the United States. He continued his journey toward Detroit where he had been anticipating working in the growing automobile industry. He arrived in Detroit in 1923 but was unsuccessful in obtaining work in the auto industry. He did, however, find work as a delivery boy for a grocery store. Thus began a career in the grocery business that covered over twenty years, culminating with his opening of the New Center Market, the most progressive supermarket in the area. The store was the forerunner of today's supermarkets. It had a large meat counter, fresh vegetables, ample grocery aisles, a liquor department, and a new innovation, frozen foods, which were developed by Clarence Birdseye. Because of the high quality cuts of meat and gourmet food available at the market, the more affluent families in the Detroit area made the New Center Market their store of choice.

During that time Catherine had moved to Detroit and obtained a position as housekeeper for the Burns family who lived in the New Center area. One of her responsibilities was shopping for the family and, of course, the New Center Market just happened to be the place. Many times Catherine had noticed Joe in church on Sunday mornings and recognized him as the proprietor of the store. She knew nothing about him and just assumed that he was married to a woman who worked in the store and who acted like she was in charge. In those days, the owner of a grocery store personally knew all of his major customers because of extending credit and delivering groceries to their homes.

Joe's magnetic personality allowed him the opportunity to become friends with many of the movers and shakers in Detroit — the closest being Alan Chapel who had an office in the Fisher Building. Alan's wife was a niece of Mrs. Henry Ford, and through the Chapels, Joe became acquainted with the Henry Fords.

What a year 1945 was! Joe knew Mr. Burns well, both as a customer and from church. So when the Burns family went away in March for a couple of months, he asked Joe if he would see that the family got to church on Sundays. Not only did Joe see that they got to church, but he began stopping by the home to see Catherine. By the time the Mr. and Mrs. Burns returned, a romance had blossomed.

Joe had boarded for over seventeen years with Mr. and Mrs. Publow, considering them his parents in the United States. During that time he would bring a certain lady whom he had been dating to meet Mrs. Publow. After each visit Joe asked what her opinion of the young lady was, and each time she would say, “She is not the lady for you, Joe.” In the spring of 1945, however, he took Catherine to the home, and Mrs. Publow eagerly responded, “That is the lady for you, Joe,” confirming his decision to ask Catherine to be his wife.

The wedding was planned for August 14, 1945, at the Blessed Sacrament Cathedral. Mrs. Burns insisted that the reception be held at their home which bordered the Detroit Country Club. Joe was to furnish the food and beverages, which naturally came from the New Center Market.

As the newly married couple emerged from the church that morning of August 14, suddenly church bells rang out across the entire city. Horns began blowing, and people were shouting. Japan had notified General MacArthur its intent to surrender. Joe and Catherine, however, thought the excitement was because of them, especially when the procession followed them to the Burns home. Thus, what had been planned as a small back-yard reception, turned into a party that required several additional trips to the store for more provisions.

The newly married couple settled into a rented apartment in Detroit. Almost immediately, Henry Ford I, offered Joe an opportunity to manufacture transmission parts for Ford Motor Company which was going back into the automobile business since the war was over. He seized the opportunity, sold the grocery store, and purchased a home near Willow run Airport. Along with Alan Chapel, they began Ypsilanti Industries. Alan's health, however, was failing, and in 1947, when Ford established the Lincoln Mercury Division, Joe was offered one of the initial distributorships. He seized the opportunity and took over both businesses which were located at 20 East Michigan Avenue.

The years moved on, and the loving relationship between a couple who, as young persons, started out with almost nothing, continued to grow. Along with hard work and dedication, Joe and Catherine built a relationship with generations of people, a city, a country and a church. In 1965, the Lincoln Mercury Dealership was moved to 950 East Michigan Avenue, where it grew to be one of the premier dealerships in the United States, winning many awards and serving a multitude of happy customers.

In the early sixties, Joe prepared the way for his brother and his family to come to the United States. Although Joe and Catherine had no children of their own, by assisting his brother and his family immigrate to the United States, over time they acquired numerous nieces and nephews, most of whom worked or still work for the Sesi dealership. Joseph Sesi Junior, the oldest of the nephews, started out working in the Service Department at the age of sixteen. he graduated from Eastern Michigan University and worked his way up to General Manager of the Lincoln Mercury Dealership. He eventually purchased the dealership from his Uncle Joe, and today owns dealerships in Ypsilanti and Ann Arbor that handle several additional makes of automobiles.

The patriotic fervor, community involvement, and generosity of Joe and Catherine Sesi are legendary in the Ypsilanti/Ann Arbor area. Whenever a religious, school, or civic organization needed help promoting a meaningful activity, the Sesi's became actively involved. Many times people would hear Joe say, “America is God's gift to the world!” and that, “Things happened by the grace of God.” Those were not just words, but the practiced philosophy of a couple who loved each other and all people with whom they came into contact.

Over and over, people continue to tell stories about being in places like California or Alaska and when someone noticed their “Sesi” license plate frame, they would say, “We used to live in Ypsilanti. How are Joe and Catherine?” Hundreds, if not thousands of children, have dollar bills that were signed by Joe who would say to them, “Save this dollar, and you will always have good fortune.”

A quotation from their 50th Wedding Anniversary booklet says it all:

“Catherine and Joe have impressed their friends and loved ones with their charm, faithfulness, dedication and humility. They have touched their community with gestures of humanity, involvement and generosity. Above all, Catherine and Joe are a symbol of love and dedication. They share a devotion which draws its strength from a faith in God and a belief in America.”

And that is the faith that keeps Catherine going. Joe passed away in February 1999 at the age of ninety-two, and if you happen to have one of those dollar bills, continue to hold onto it, for surely, “good fortune will be with you.”