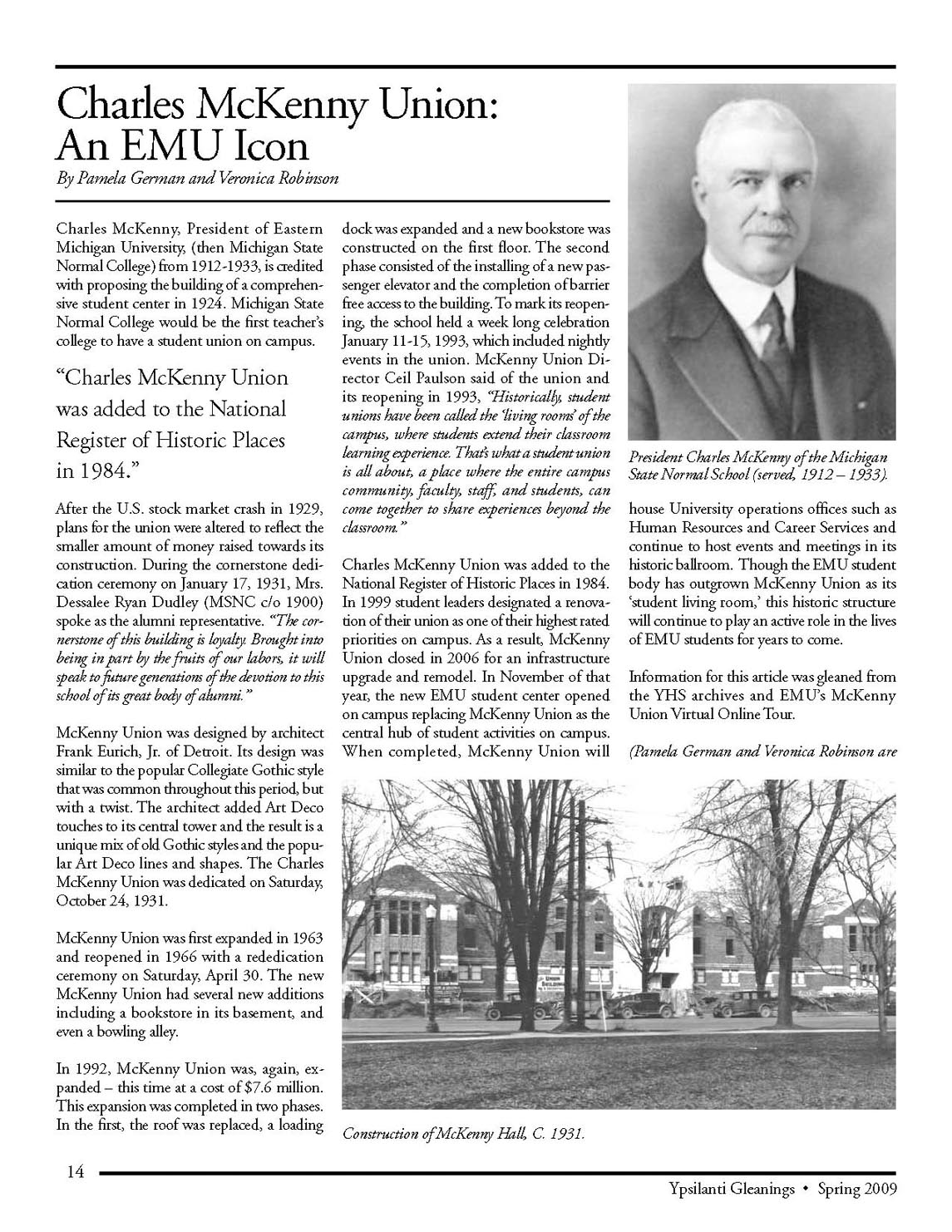 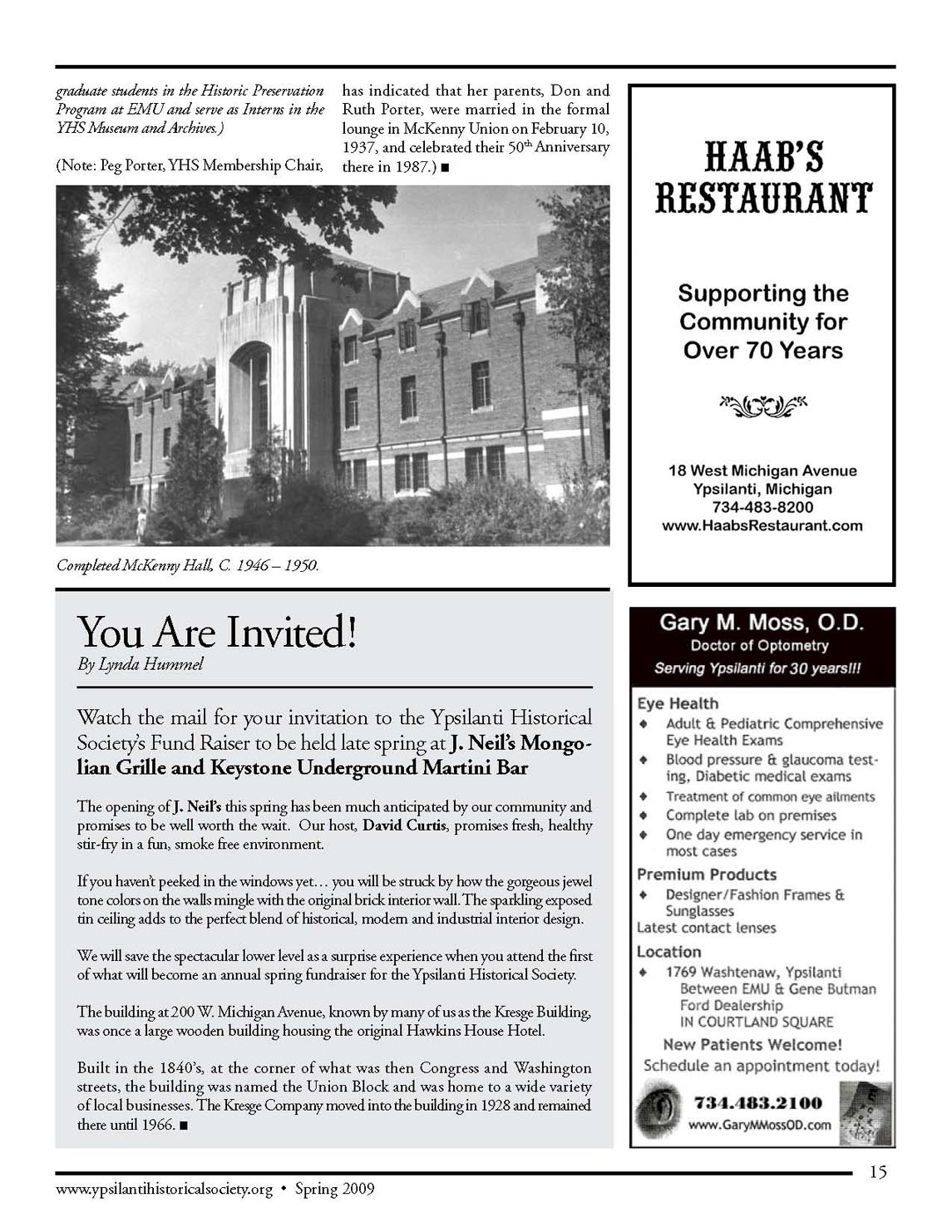 After the U.S. stock market crash in 1929, plans for the union were altered to reflect the smaller amount of money raised towards its construction. During the cornerstone dedication ceremony on January 17, 1931, Mrs. Dessalee Ryan Dudley (MSNC c/o 1900) spoke as the alumni representative. “The cornerstone of this building is loyalty. Brought into being in part by the fruits of our labors, it will speak to future generations of the devotion to this school of its great body of alumni.”

McKenny Union was designed by architect Frank Eurich, Jr. of Detroit. Its design was similar to the popular Collegiate Gothic style that was common throughout this period, but with a twist. The architect added Art Deco touches to its central tower and the result is a unique mix of old Gothic styles and the popular Art Deco lines and shapes. The Charles McKenny Union was dedicated on Saturday, October 24, 1931.

McKenny Union was first expanded in 1963 and reopened in 1966 with a rededication ceremony on Saturday, April 30. The new McKenny Union had several new additions including a bookstore in its basement, and even a bowling alley.

In 1992, McKenny Union was, again, expanded – this time at a cost of $7.6 million. This expansion was completed in two phases. In the first, the roof was replaced, a loading dock was expanded and a new bookstore was constructed on the first floor. The second phase consisted of the installing of a new passenger elevator and the completion of barrier free access to the building. To mark its reopening, the school held a week long celebration January 11-15, 1993, which included nightly events in the union. McKenny Union Director Ceil Paulson said of the union and its reopening in 1993, “Historically, student unions have been called the ‘living rooms’ of the campus, where students extend their classroom learning experience. That’s what a student union is all about, a place where the entire campus community, faculty, staff, and students, can come together to share experiences beyond the classroom.”

Charles McKenny Union was added to the National Register of Historic Places in 1984. In 1999 student leaders designated a renovation of their union as one of their highest rated priorities on campus. As a result, McKenny Union closed in 2006 for an infrastructure upgrade and remodel. In November of that year, the new EMU student center opened on campus replacing McKenny Union as the central hub of student activities on campus. When completed, McKenny Union will house University operations offices such as Human Resources and Career Services and continue to host events and meetings in its historic ballroom. Though the EMU student body has outgrown McKenny Union as its ‘student living room,’ this historic structure will continue to play an active role in the lives of EMU students for years to come.

Information for this article was gleaned from the YHS archives and EMU’s McKenny Union Virtual Online Tour.

(Pamela German and Veronica Robinson are graduate students in the Historic Preservation Program at EMU and serve as Interns in the YHS Museum and Archives.)

(Note: Peg Porter, YHS Membership Chair, has indicated that her parents, Don and Ruth Porter, were married in the formal lounge in McKenny Union on February 10, 1937, and celebrated their 50th Anniversary there in 1987.)