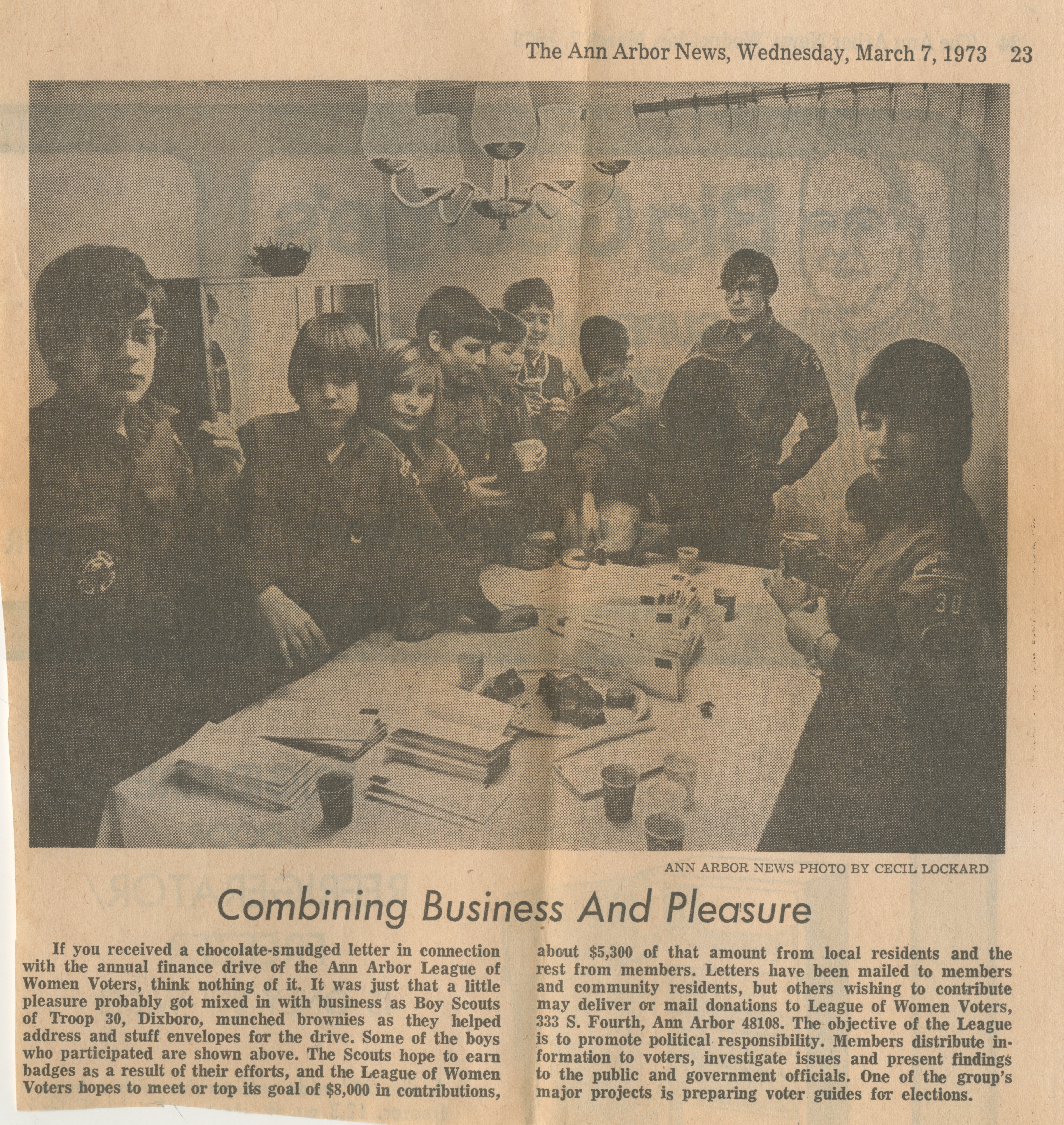 If you received a chocolate-smudged letter in connection with the annual finance drive of the Ann Arbor League of Women Voters, think nothing of it. It was just that a little pleasure probably mixed in with business as Boy Scouts of Troop 30, Dixboro, munched brownies as they helped address and stuff envelopes for the drive. Some of the boys who participated are shown above. The Scouts hope to earn badges as a result of their efforts, and the League of Women Voters hopes to meet or top its goal of $8,000 in contributions, about $5,300 of that amount from local residents and the rest from members. Letters have been mailed to members and community residents, but others wishing to contribute may deliver or mail donations to League of Women Voters, 333 S. Fourth, Ann Arbor, 48108. The objective of the League is to promote political responsibility. Members distribute information to voters, investigate issues and present findings to the public and government officials. One of the group's major projects is preparing voter guides for elections.