The corner of Ann St. & Fourth Ave. with a Greek Revival building on Ann St. and a Colored Welfare League sign on the Kayser 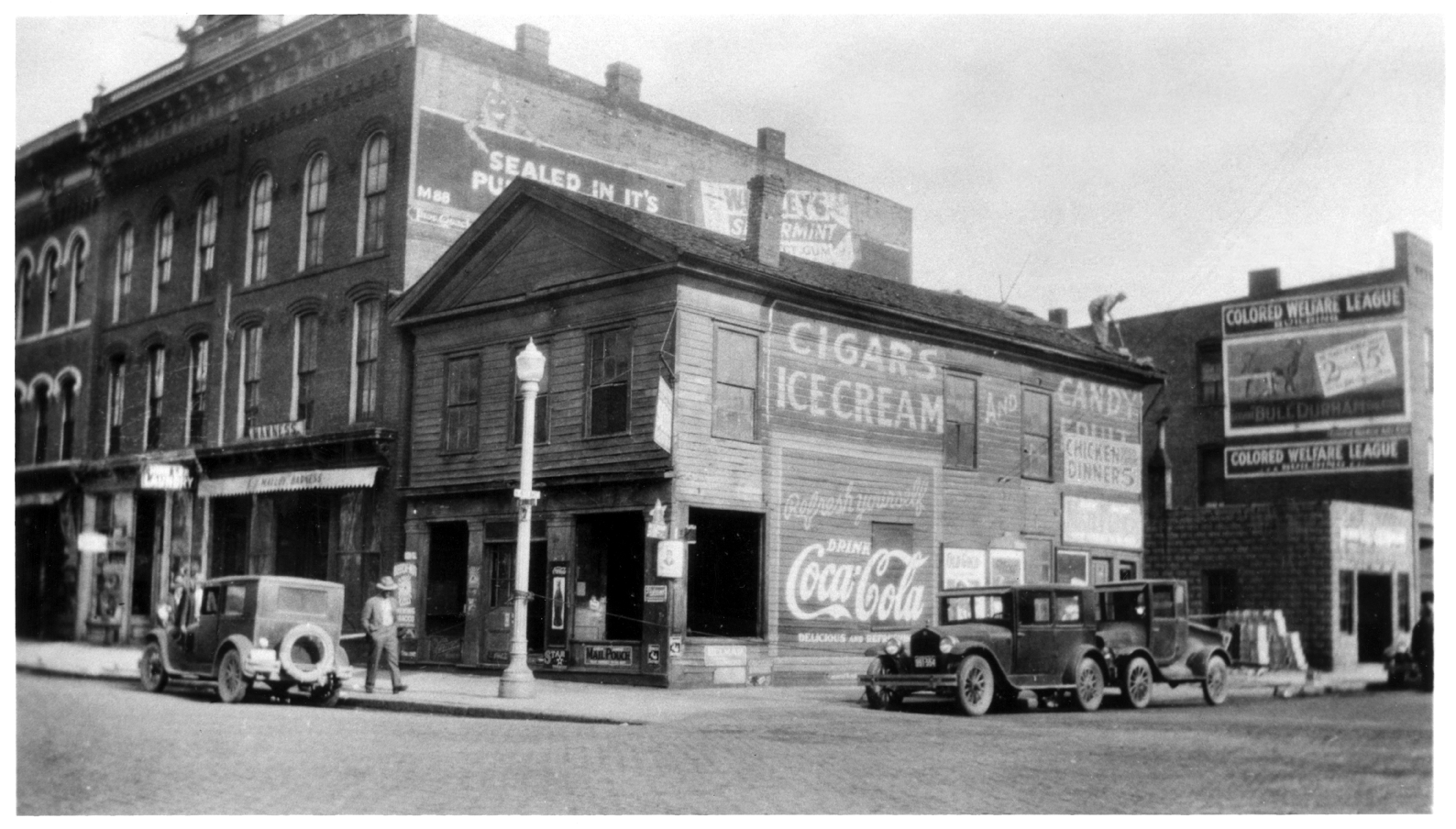 In 1921 the Colored Welfare League bought the Kayser Block on North Fourth Ave. (above right) and used it as a center to help settle black workers who migrated to Ann Arbor in the 1920s. It gradually became an African American community center and a gathering place for social and fraternal groups. It was also used for commercial undertakings and as a residence.

The Greek Revival building on the northwest corner of Ann St. and Fourth Ave. (above center) was Ann Arbor's fourth post office from 1841 to 1853. Early abolitionist meetings were held on the second floor. It later served as a flour and seed store, a bakery, and a confectionery before being demolished in 1930 to make way for a gas station.